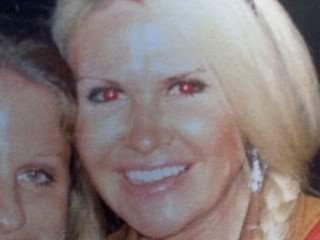 A former options trader on Wall Street, Miriam Nunn began her career in finance with Morgan Stanley, where she spent more than 15 years as a portfolio manager. During her time on Wall Street, Miriam Nunn balanced professional responsibilities with philanthropy, supporting charitable organizations such as the Junior League and the Foundation Fighting Blindness. Currently, she serves as an arrhythmia device engineer at Grady Hospital in Atlanta, Georgia. She and her husband have a 2 year old son and a 4 year old daughter that both attend Peachtree Road United Methodist Church Preschool.

Ms. Nunn holds a bachelor of arts from Furman University, where she was a member of the Student Alumni Council executive board and a member of the Furman University Student Activities Board. Named an Outstanding Senior, she also served as a chairperson for Honor Code, which allowed her to participate in a discussion on the reinstitution of an honor code at Furman University. Miriam was Who's Who at Furman, where she was fifth generation. Ms. Nunn received a master of health administration from the Medical University of South Carolina and a second master’s in arrhythmias and cardiac rhythm devices from the Arrhythmia Technical Institute.

Actively involved in a number of charitable organizations, Ms. Nunn serves as a trustee and board member for the Kingsley Family Charitable Remainder Trust, which funds several scholarships at Clemson University. Miriam spends most of her free time actively managing and spearheading a family of trusts started by her grandfather, Dr. Dwight H. Smith. The trusts focus primarily on scholarships at Furman University and The Medical University of South Carolina, where Miriam was a second generation alum. Thanks to the generosity of her grandfather and the fact he was the largest landowner in the state of South Carolina when he passed, there have been tremendous monetary contributions made to the upstate of SC through this family of trusts. Miriam has served on the board of the family corporation her grandfather first formed back in the 1940s since she was in highschool. This family corporation, Land and Investments Inc, has given Miriam the ability to fund her passion of giving back to the state she will always call home.